An Ionia man convicted of second-degree home invasion and possession of methamphetamine was sentenced to 34 months in prison last Tuesday in Ionia County Circuit Court.

Brian Taylor Davis, 32, pleaded guilty on Feb. 11 to the two charges, which are each 15-year felonies. The sentences will be served concurrently. In exchange for his plea, an additional case file will be dismissed. Davis will receive 192 days credit for time previously served. He was also ordered to pay $3,025.71 in court costs, fees and restitution, and he must have no contact with the victim. Tyler Scott Baldwin, 25, was sentenced in Montcalm County Circuit Court to nine months in jail with credit for 57 days already served on April 14 after being convicted of larceny in a building. 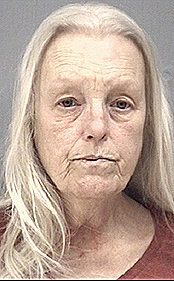 A Sheridan woman pleaded guilty to driving under the influence third offense while saying she doesn’t remember the incident.

Pamela Seeley, 62, reluctantly entered her plea on April 14 in Montcalm County Circuit Court. Her plea is part of an agreement with the Montcalm County Prosecutor’s Office and will result in a six-month jail cap for the felony (which carries a maximum five-year prison sentence). “Danish immigrants” — Sixty Dane immigrants arrived on Monday last and will locate in this vicinity and at the Dane settlement near Caywood. In the company are twenty-eight young men, four or five young women besides six families. They are valuable additions to our population. Following trends of the current housing market, the community’s largest housing developer is looking to adjust its plans for the city’s southwest side.

During the April 14 Greenville Planning Commission meeting, representatives speaking on behalf of Hathaway Properties came forward for a discussion with commissioners as the company looks to amend its Planned Unit Development (PUD) that was approved in 2004 but amended in 2020. Ionia Board of Ed approves English course for seniors

A new English language arts course for Ionia High School seniors intended to simplify and streamline the 12th-grade curriculum while still providing students and teachers “innovative flexibility within the curriculum” was approved by the Ionia Public Schools Board of Education on Monday.

Upcoming and pending services for April 20, 2022

Upcoming and pending services for April 20, 2022