STANTON — A former Vestaburg coach and teacher was found not guilty of allegations that he inappropriately touched a teenage girl in the school gymnasium. 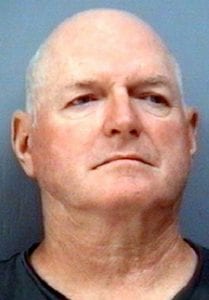 “Mr. Steele appreciates the hard work of the jurors in this case,” Steele’s attorney Fil Iorio of Grand Rapids told The Daily News. “We believe that they reached the right verdict in this case and that justice was delivered. Mr. Steele feels vindicated.”

The trial stemmed from an alleged incident in March 2016 in which a 13-year-old girl claimed Steele inappropriately touched her in the gym at Vestaburg Community School. The girl, who was a seventh-grader at the time, now attends a different school in another county.

During a preliminary examination in Montcalm County’s 64B District Court, the girl said after lunch on March 4, she went to hang out in the school gym for a free period in between classes, along with up to 100 of her classmates. The girl said she was walking in the gym alongside her best friend while dribbling a basketball, when Steele appeared. She said he tried to “guard her,” as in a basketball move. Then she said Steele put his hand on her crotch area.

The girl reported the allegations to a school counselor, who alerted Principal Darby Weaver and Superintendent Brandon Hubbard.

The question of whether Steele was carrying anything was noteworthy, as Steele said he was carrying two laptop computers as he walked through the gym the day of the incident in question, according to school and police records that The Daily News obtained via the Freedom Of Information Act.

According to records, when questioned about the alleged incident, Steele told police he was carrying two Chromebooks as he walked through the gym. Steele said the girl was dribbling a basketball while she was walking toward him and she bumped into him as he was guarding her.

“I didn’t stop or say anything, I just continued to walk out,” Steele told police. “I had the Chromebooks in my left hand up to my chest. My other hand never came into contact with (the girl). My left hip might have brushed or bumped against her.”

The school has partial surveillance video from the day in question. The video shows Steele appearing to carry laptops while exiting the gym while the girl was still in the gym.

Steele was placed on non-disciplinary paid administrative leave by the school on March 10, 2016. He had already been scheduled for a planned retirement in June and he retired at the end of the 2015-2016 school year.

Steele previously taught and coached football at Beal City Public Schools in Mount Pleasant, working there from 1978 to 1995. He led Beal City’s football team to a state title and was named Coach of the Year by the Detroit Free Press and the Detroit News in 1987 and Coach of the Year by the Michigan High School Football Coaches Association in 1994, among other honors.

Steele’s career at Beal City came to a sudden end when he resigned in 1995 “under threat of discharge” amid allegations that he had engaged in a sexual relationship with a teenage girl.

The Michigan State Police in Mount Pleasant investigated charges that Steele had had a sexual relationship with a 16-year-old girl at his house in Weidman in 1993. The girl did not attend Beal City Public School. Steele resigned before the investigation had been completed and the Isabella County Prosecutor’s Office eventually declined to file charges. Steele was banned from setting foot on Beal City school property.